How is my sweet baby ONE!!! 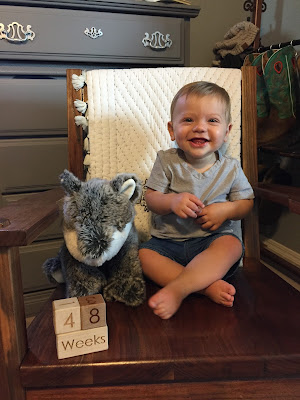 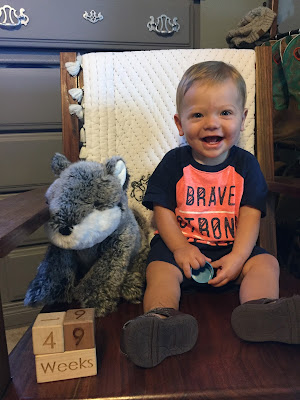 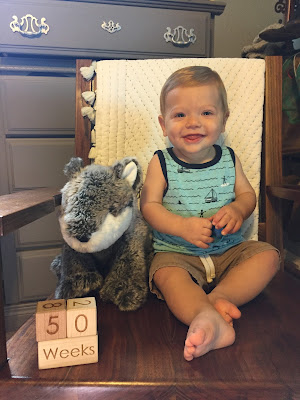 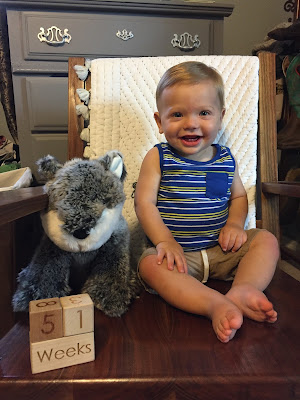 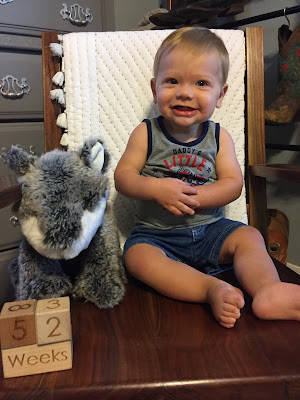 He is the sweetest thing ever! His smile is contagious and his laugh will melt your heart! I also think he is the most handsome thing I have ever seen!...he gets his good looks from his dad!

*We had one more tooth come in this month. So now we have three total - two on the bottom and one on top. I keep thinking the other top one is going to break through, but it hasn't yet.
*He wants to walk holding one hand ALL THE TIME. Last month he really had no interest in this, but this month is a whole new story. I honestly think he could walk, but the second he feels you trying to release his hand he stops and tries to sit down. He has good balance though, he just seems unsure and doesn't quite trust himself.
*We have switched his morning bottle to a morning sippy cup. That was a big adjustment and one that Brooks was not willing to negotiate for awhile, but he now looks forward to his sippy cup in the morning. Now we need to work on that evening one.
*He is really starting to mimic sounds which is adorable. 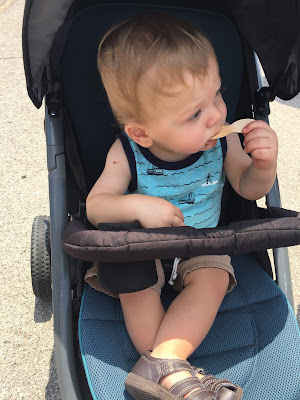 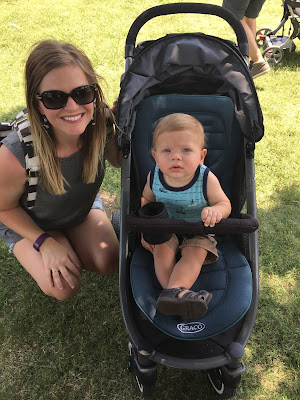 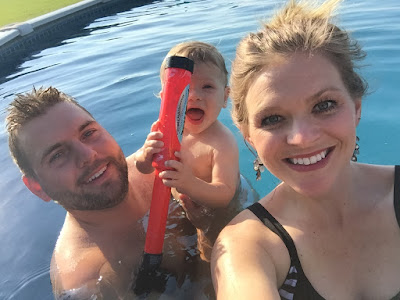 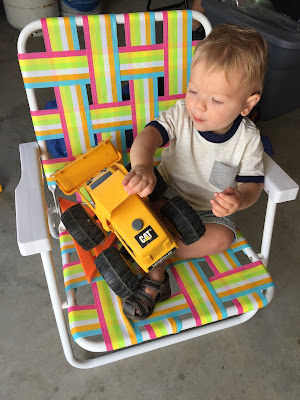 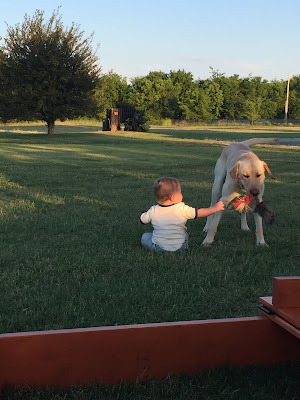 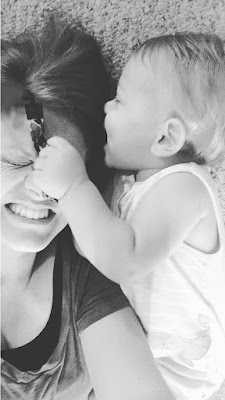 ONE YEAR OLD!!! I can't believe it! We are so excited to celebrate with a Red White and Blue party this afternoon!
Posted by Trevor and Jillian at 11:10 AM