Ever since we brought Brooks home from the hospital we have swaddled him. We quickly found out that he likes his right arm out of the swaddle, but the left arm in. We tried it differently ways, but this one consistently was what he wanted. Well, about two weeks ago I go to feed Brooks for his 6:00am feeding and then put him back down because he usually sleeps until 8 or so. I went and cleaned up the kitchen before heading to get the monitor to check on him and Oh My Goodness! He rolled over! Never once has he rolled over or shown any inkling that he might roll over! So, I ran in his room and un-swaddled him! I know that once babies are able to roll over you aren't supposed to swaddle them, so I had to find something new to do. A good friend of mine had bought me the Merlin Magic Sleepsuit for my baby shower (THANKS KATY!), which is used to transition babies from being swaddled to not being swaddled and it works like a charm!!! Before using this little gem, Brooks would go from about 8:30pm to 5:00 or 6:00am, I'd feed him and then put him back down until he got up for the day around 8. Now, there is no 5:00 or 6:00am feeding. Since the day we put him in this crazy thing, he literally goes 11-12 hours every night without waking up! Hallelujah! I'm sure a part of it has to do with his age and getting to the place where he can sleep all night, but I think the Merlin Magic Sleepsuit definitely helped!

I have to share this picture because it is HILARIOUS!! He looks like a big marshmallow or the Michelin Man or an astronaut! Ha! 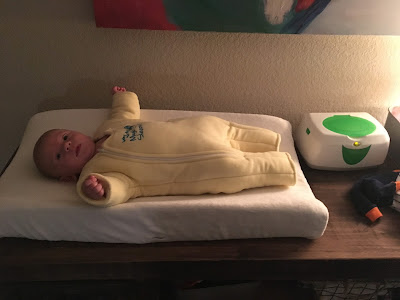 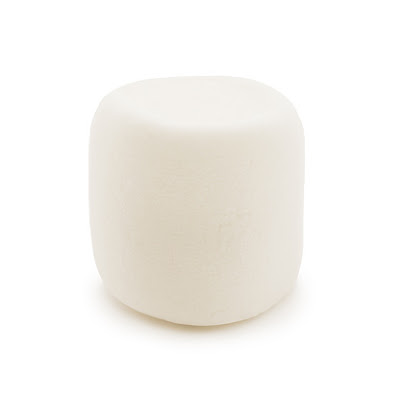 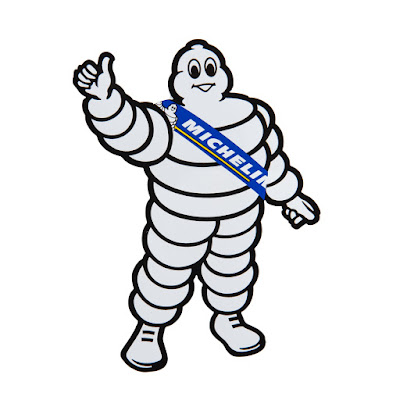 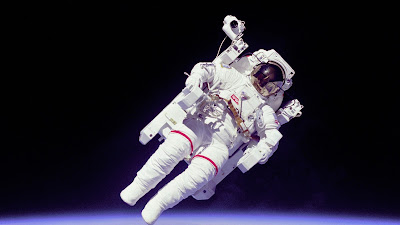 See the similarities. I literally laugh out loud when I see that picture!

And I laugh out loud every time I look at the monitor and see this... 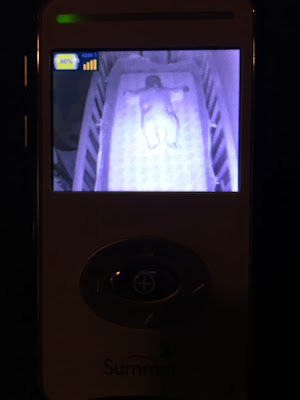 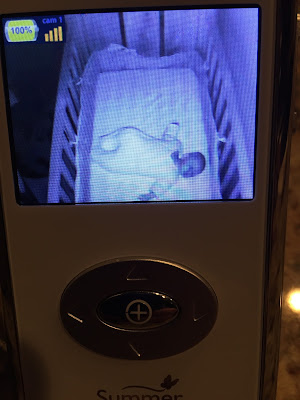 He is seriously so cute...but that outfit takes it to a whole new level!

Other than letting you all get a good laugh, I also want to say, if you are looking for a transition sleeper for your baby, I would give the Merlin Magic Sleepsuit a try!
Posted by Trevor and Jillian at 7:28 PM