For those of you just joining, Trevor and I decided back in July of 2016 that we wanted to implement a weekly date night. That is when our first son was born and we wanted to make sure to prioritize our marriage even with the addition of a new family member. It has been the BEST decision for our family. Now we have two little boys and life can get a little chaotic, so this is a way for us to be very intentional one night a week. Most of the time they are small inexpensive dates after the boys go to sleep. Sometimes we include the boys and other times we find a sitter for a short period of time.

Week 1: February 1st we had an event to go to with some people from Trevor's work. The event was really close to my parents house, so the boys hung out with them while we enjoyed a nice evening.

Week 2: February 8th we watched Gone With the Wind. Our second son is named Rhett and every time I tell someone his name they bring up the movie Gone With the Wind because there is a character named Rhett Butler in that movie. Neither Trevor nor I had seen this movie, so it was kind of humorous that so many people  made this comment to us. So, we thought we should watch it. It is a 4 hour...I repeat...4 hour long movie! So we watched half on Thursday night and half on Friday night. It was an interesting movie; one that I think I will only need to watch once in my lifetime. Ha! 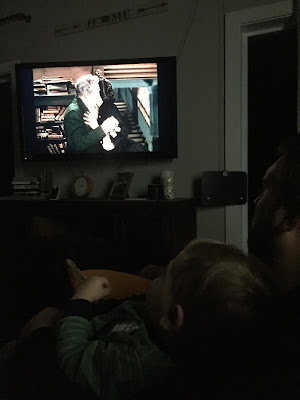 Week 3: February 15th we made a trip to Rocket Fizz in downtown BA. We had not been there before, so we loaded up the boys and everyone got to pick out a little treat. We then walked around downtown BA for a little bit since the weather was nice. 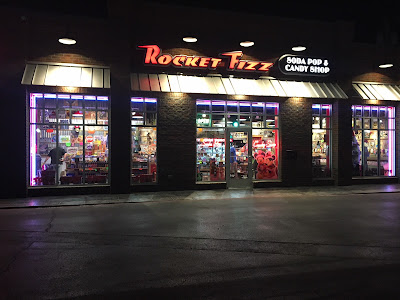 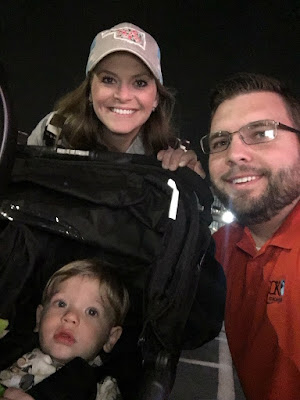 Week 4: February 22nd we actually moved to February 23rd. We had made plans to go to dinner with some friends. So we had a triple date! Again, my parents house was close to the restaurant we chose, so they helped us out and hung out wit the boys while we had a great time with some fun people!

Dat night is seriously something I look forward to every week. It's intentional alone time with your spouse, which is something that every marriage needs.

Happy dating!
Posted by Trevor and Jillian at 9:00 AM