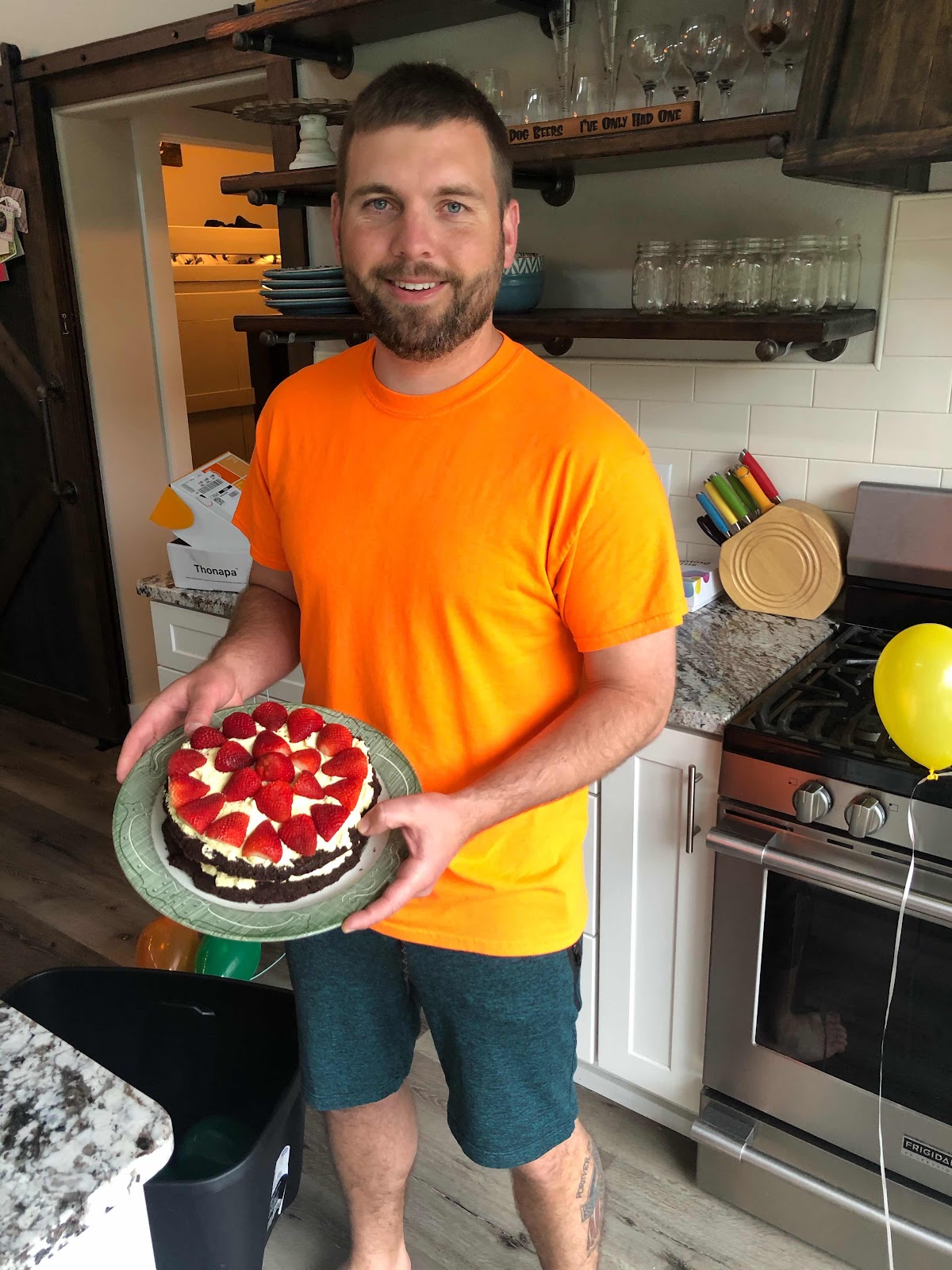 This guy right here deserves to be celebrated everyday!! His birthday was a little taken over this year but we did our best to make him feel loved and so special!

His birthday celebrations all started on Saturday. The boys and I went ahead and gave him his gifts early as a “just in case the baby comes.” And we usually do a big celebration with his dad’s side of the family but with everything going on and us about to be in a hospital and things, we decided to do something small. Trevor’s dad and his wife brought us Lasagna that night and I made a dessert. Right after they left I told Trevor that we need to probably head to the hospital. I didn’t want to interrupt dinner since I hadn’t officially counted how many contractions I was having and I REALLY wanted dessert, haha!
So we headed to the hospital! 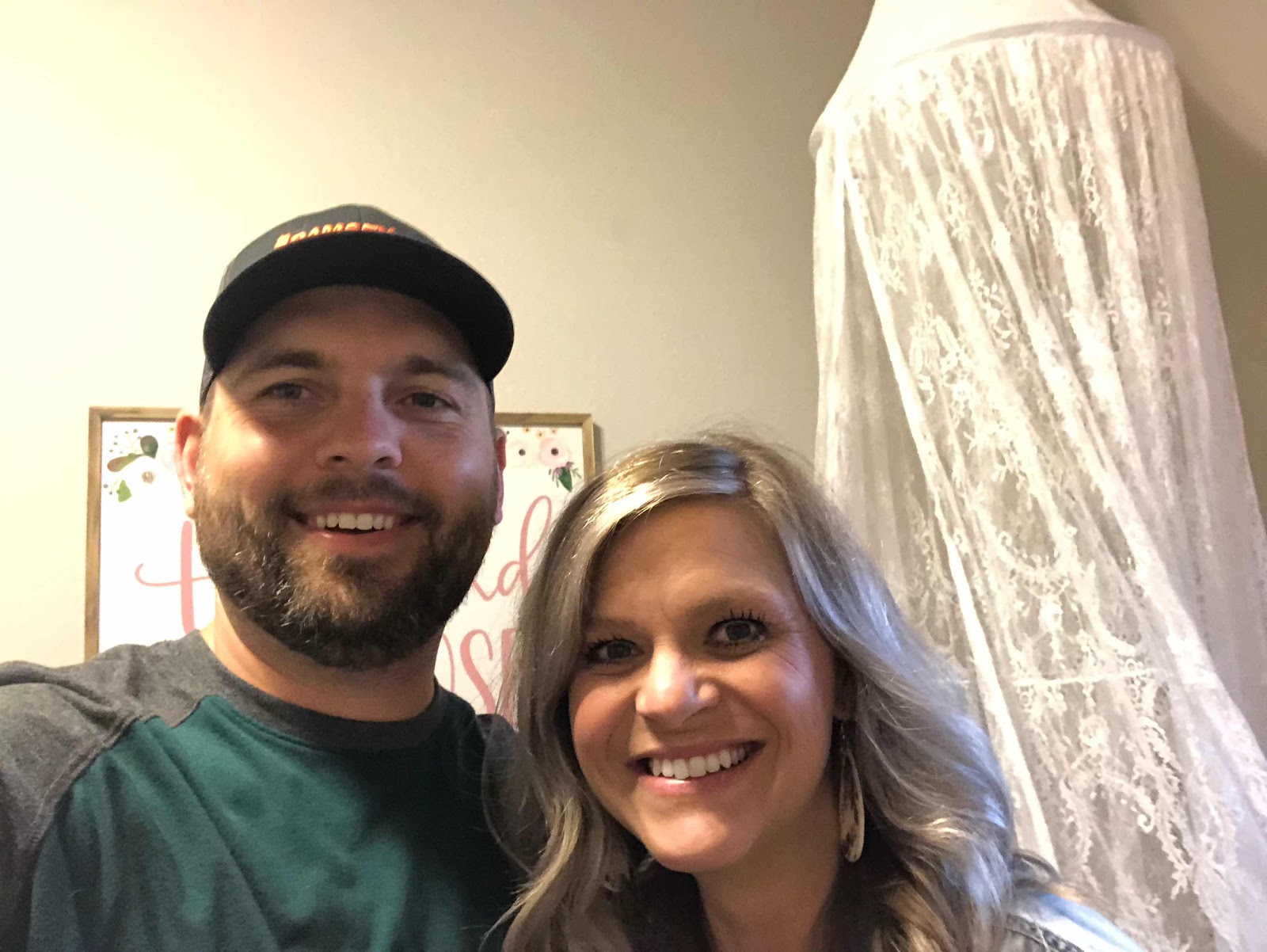 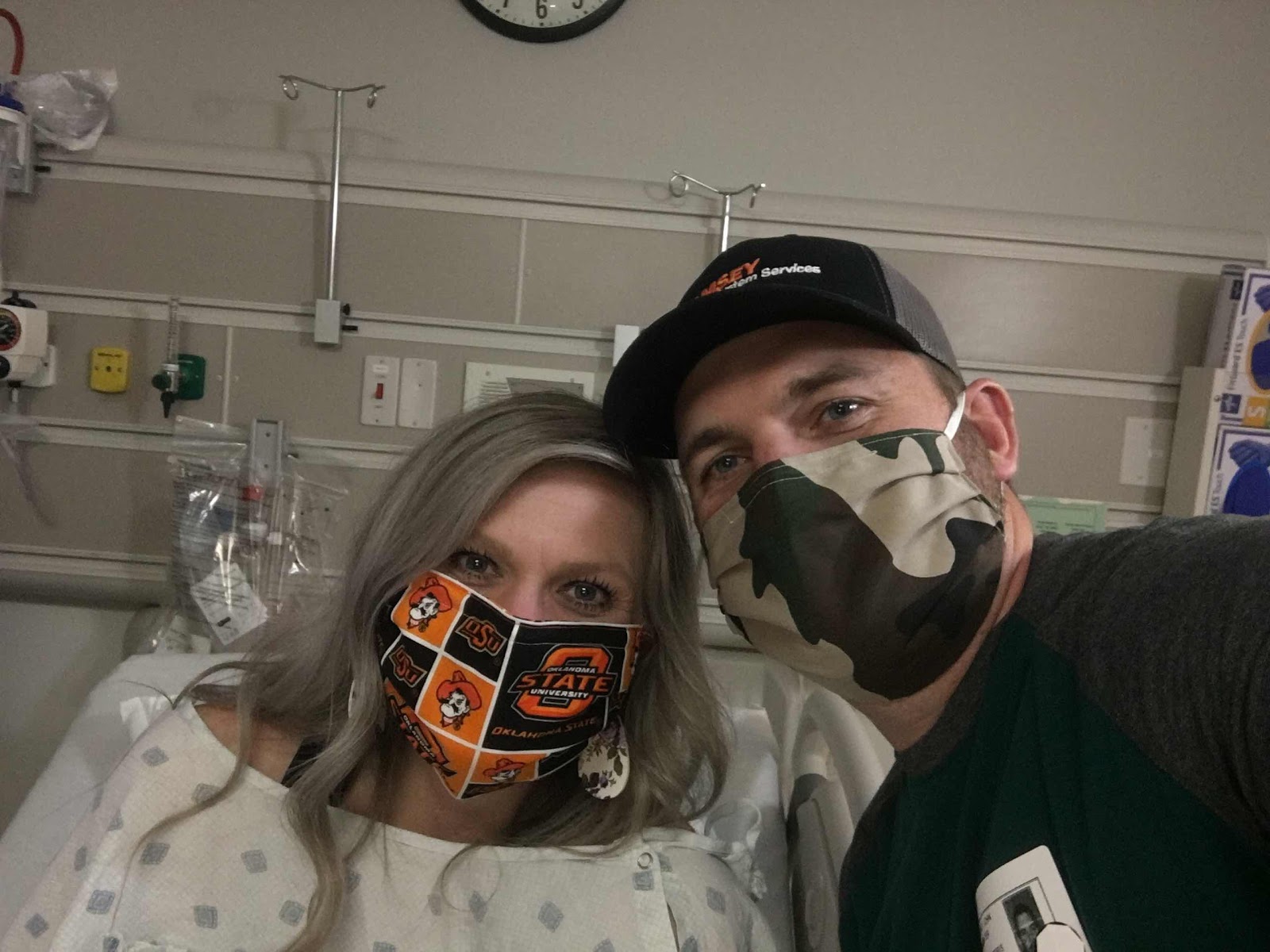 I’d say the interruptions to his birthday weren’t all bad! He got this sweet baby girl! I did feel a little bad that his sleeping arrangements weren’t ideal and on his actual birthday he woke up in a hospital and we spent most of the morning just waiting on people. Haha! 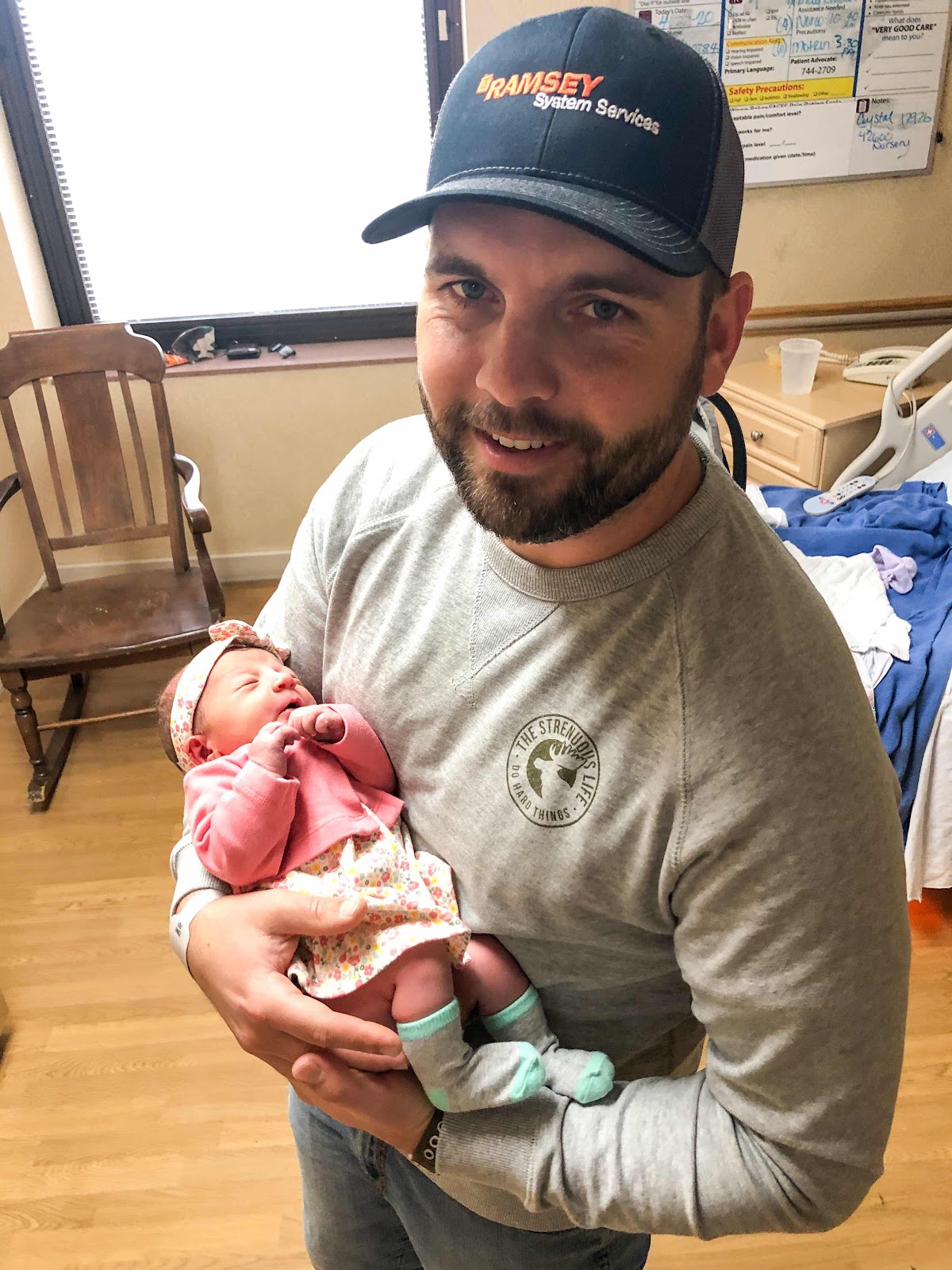 While waiting on people we decided to order some food from a new restaurant to try for his birthday lunch! (We had our fingers crossed that we’d be out of the hospital but then!) Lone Wolf was delicious! Holland was sleeping so we just parked by Guthrie Green and ate in the car! Again, I felt bad that his birthday lunch was in a parked car, but at least the food was delicious! 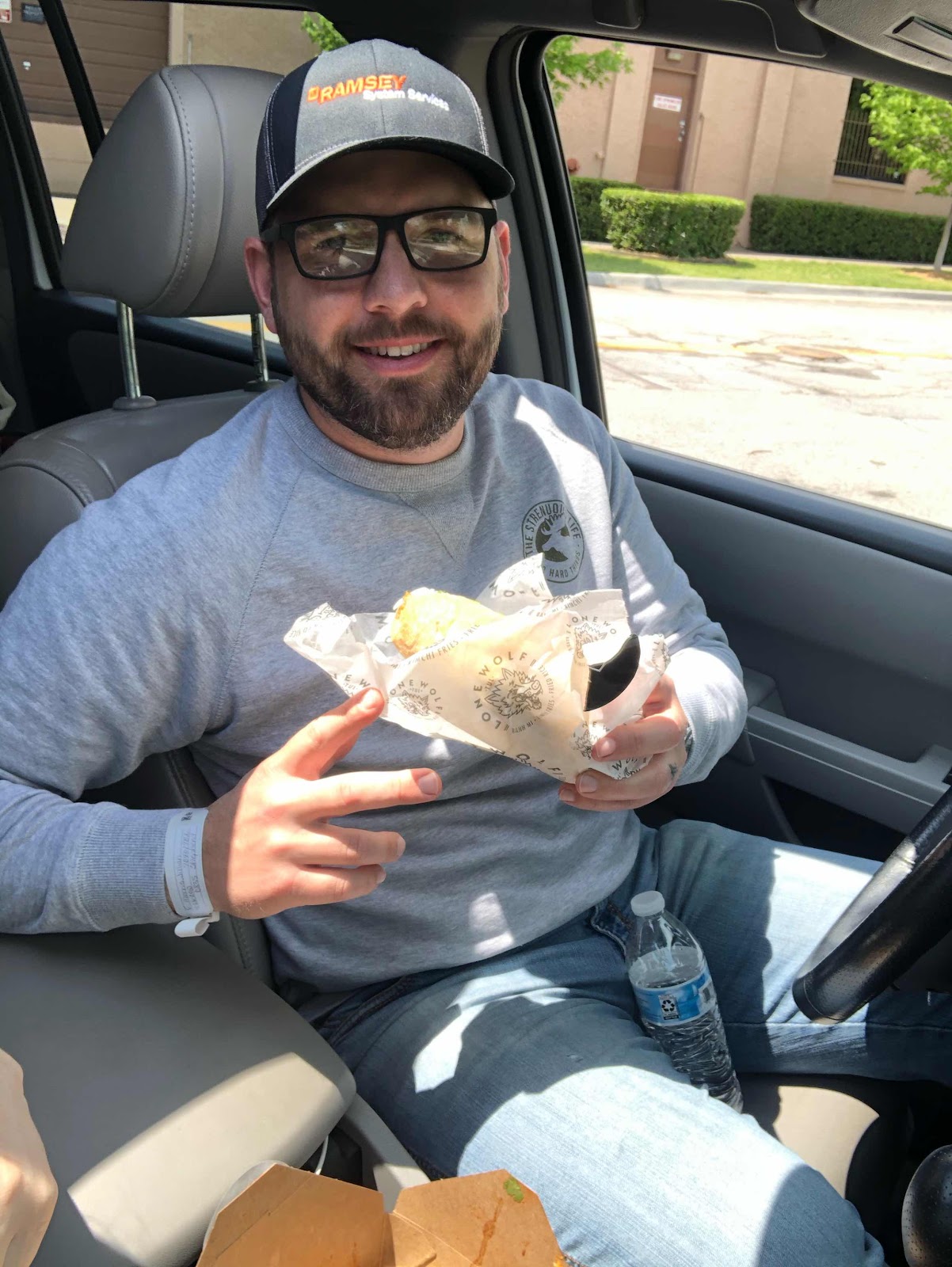 It was around midnight while in the hospital about to have Holland that it dawned on me...I never had the boys finish their cards to their dad for his birthday! We already did gifts, but I was planning to give him his cards on his actual birthday! Wife fail! So I’m texting Trevor’s mom while in the hospital asking her to have the boys create cards for Trevor and explaining where all my arts and crafts are! Haha!
They turned out so good! 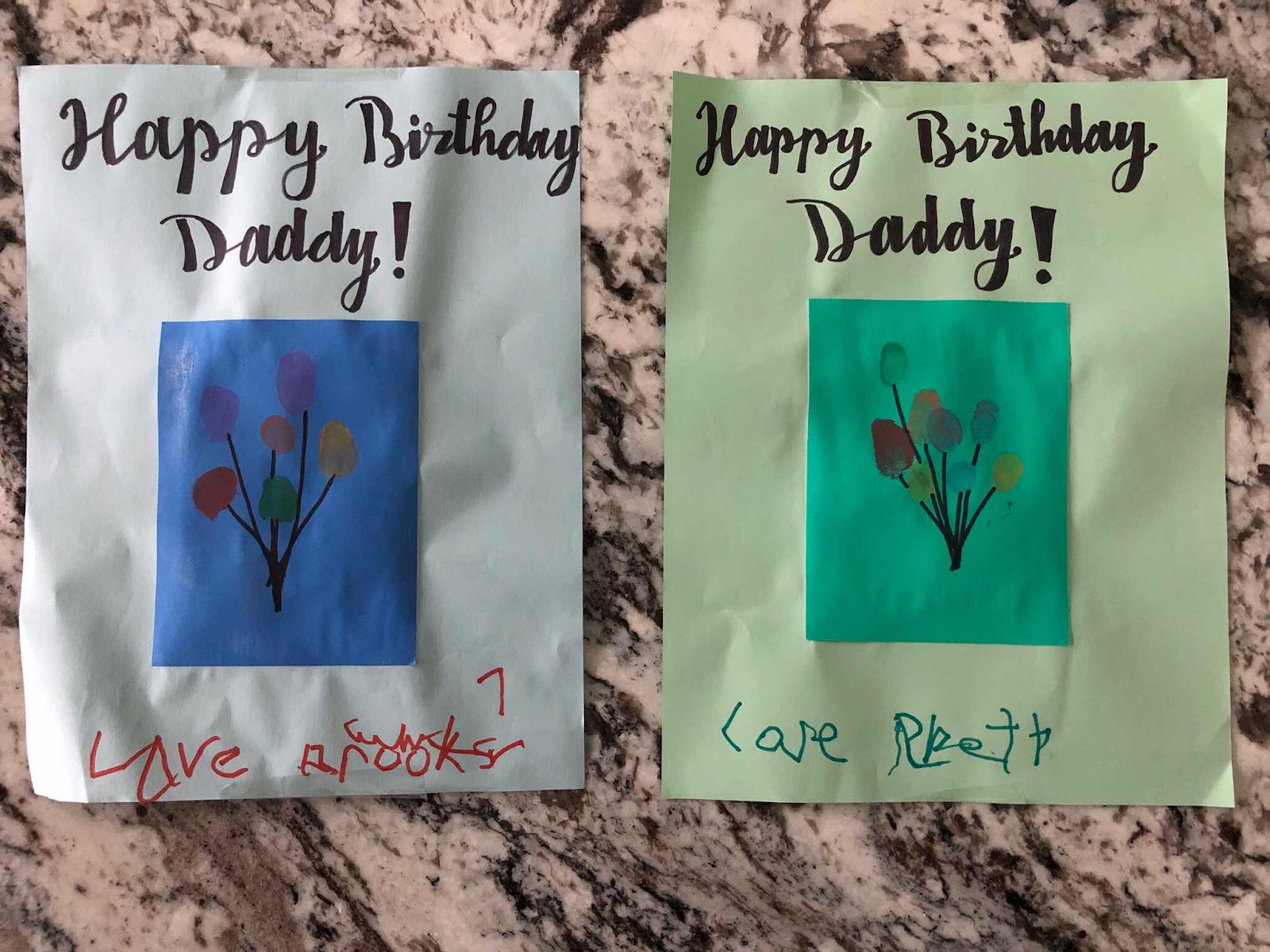 They were hanging on the door when we got home and she had decorated our whole house with flowers and balloons to celebrate Holland and Trevor! So thankful for her!!

That evening Trevor’s family came over for some gifts and of course to hold the baby! 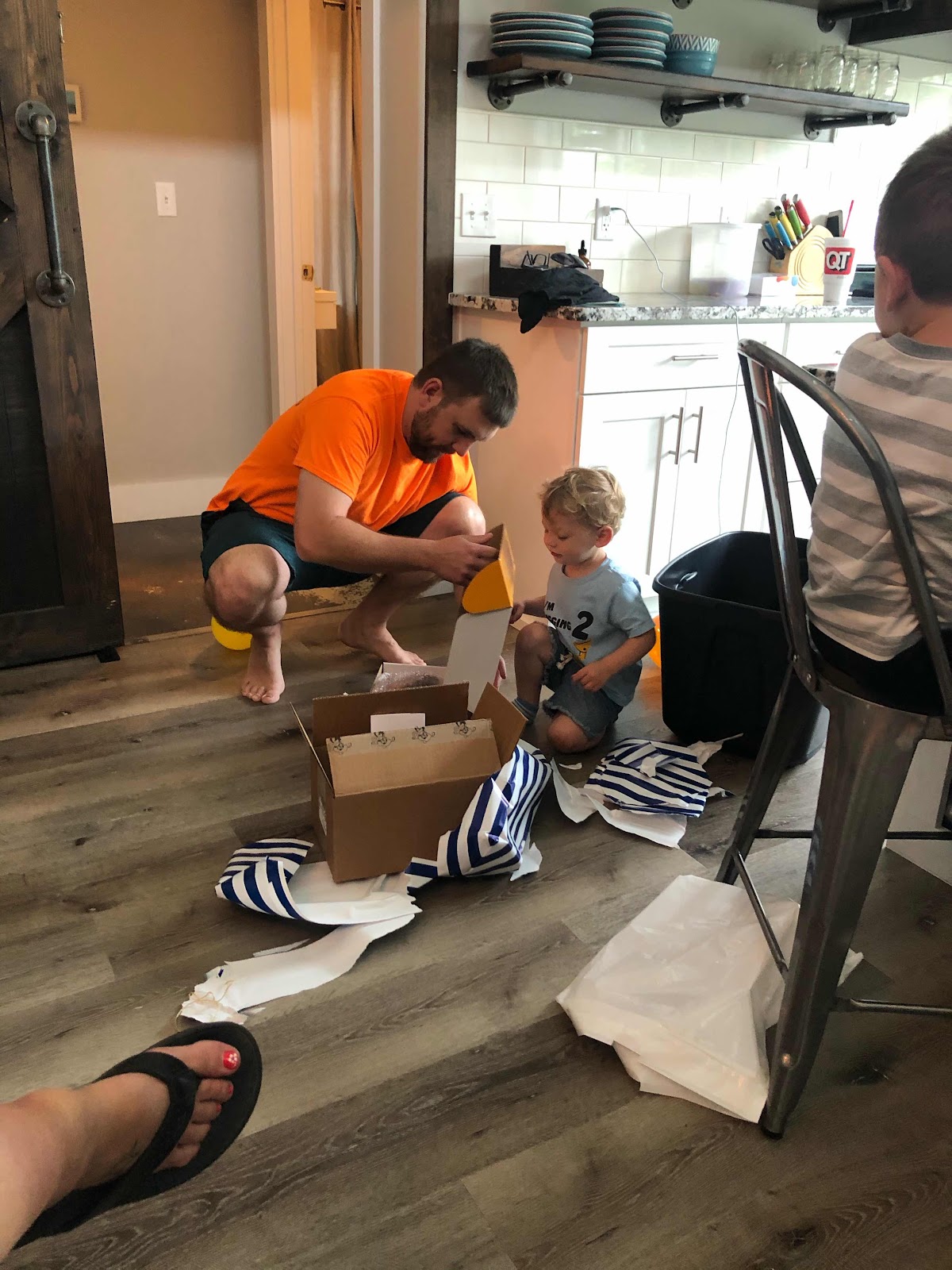 I know I joked a lot that week about his birthday being taken over, but I think he had a great week! He got to snuggle this sweet thing... 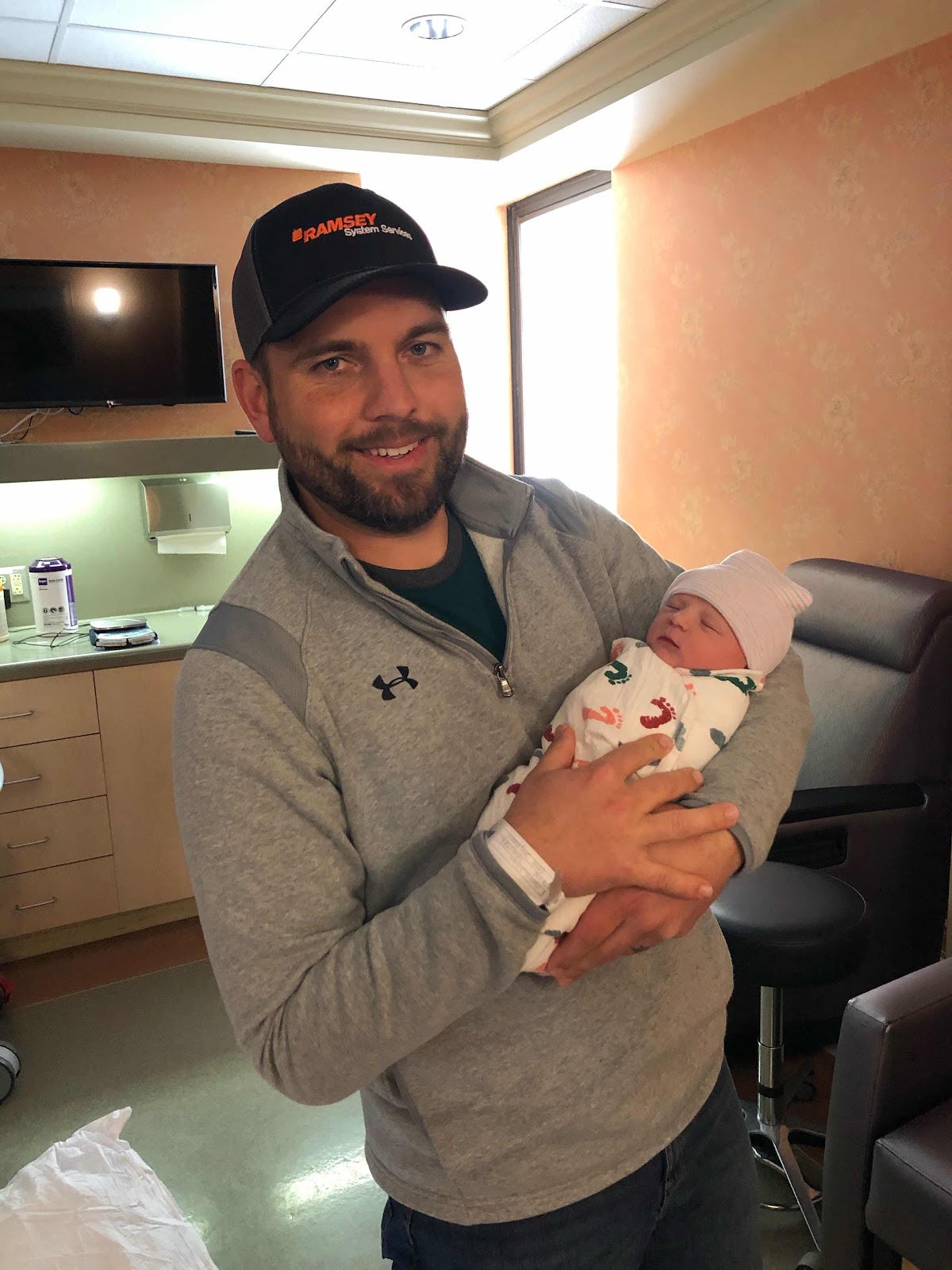 He went on a lots of adventures with the boys... 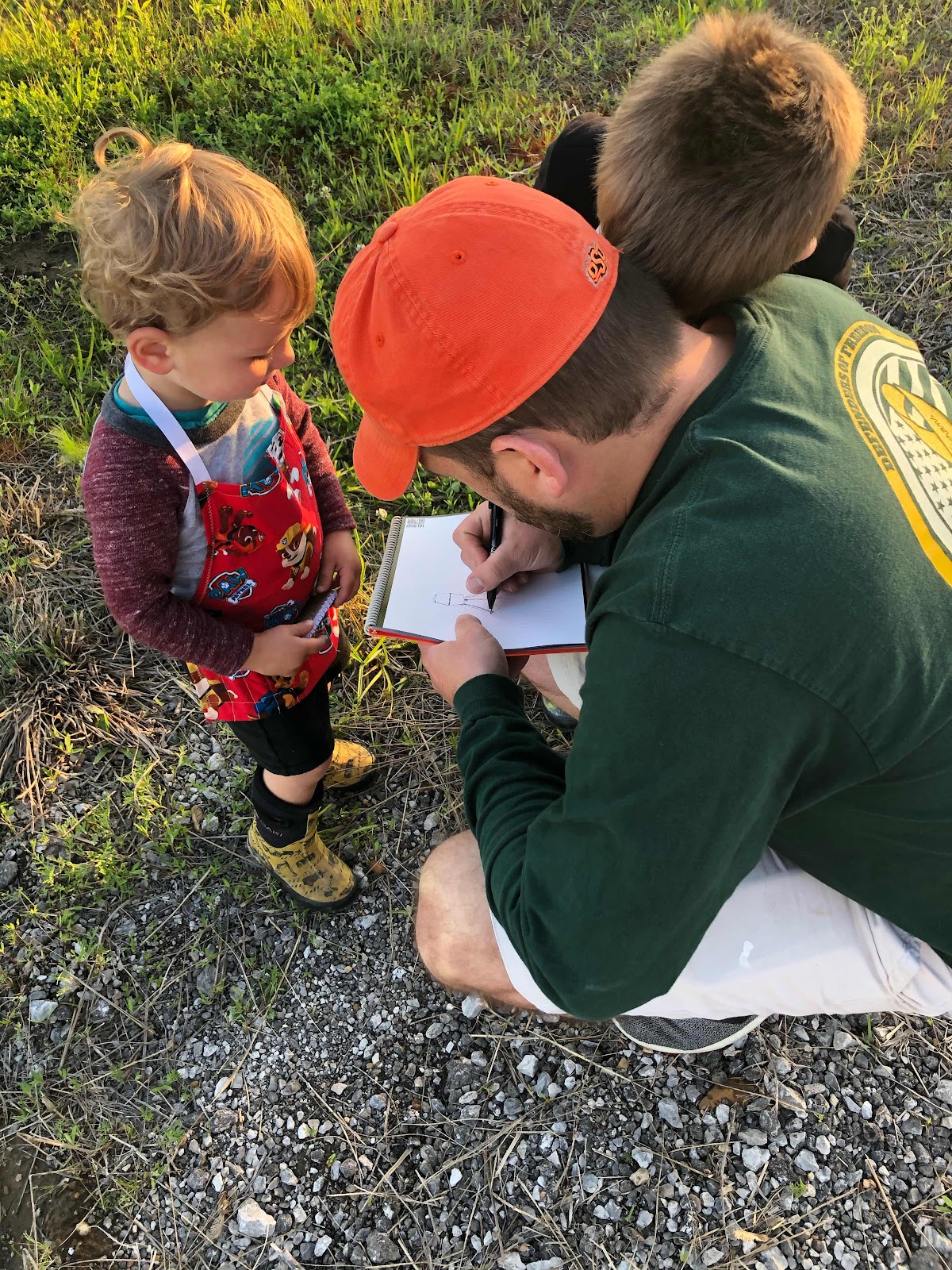 We tried another new restaurant called Nola’s which was delicious!
He got to give Rhett a haircut (which he’s been dying to do for awhile)... 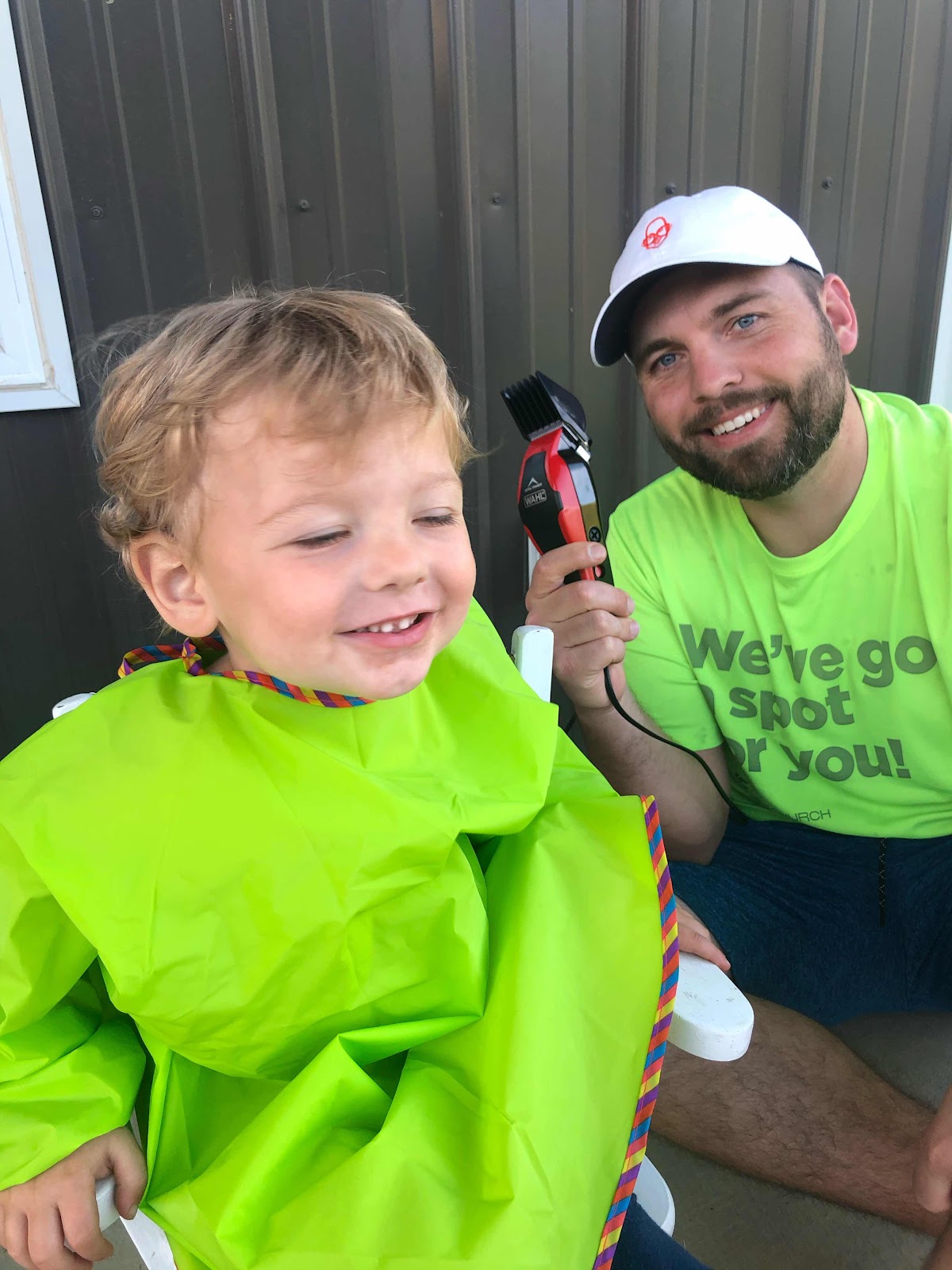 He got to build things... 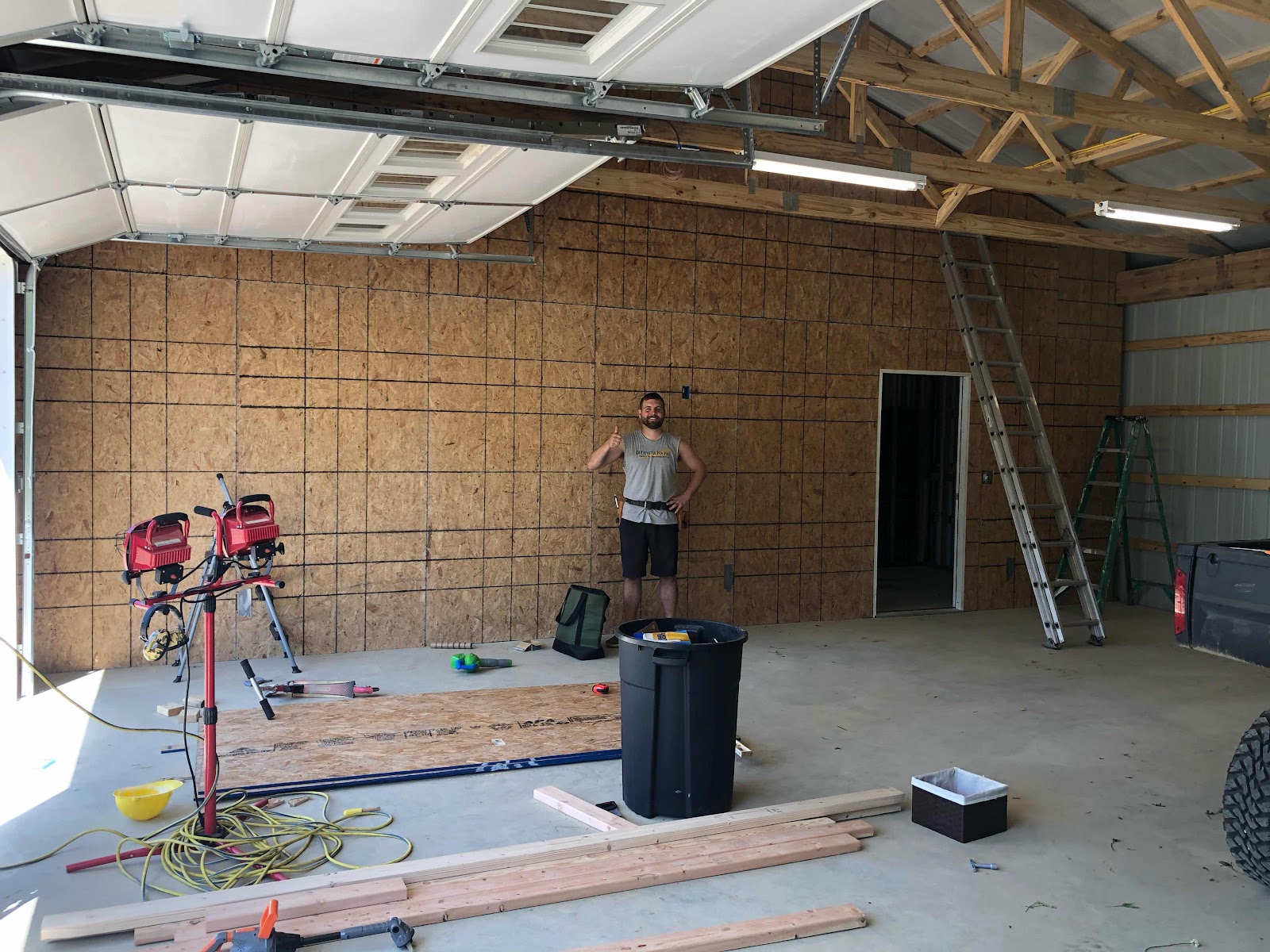 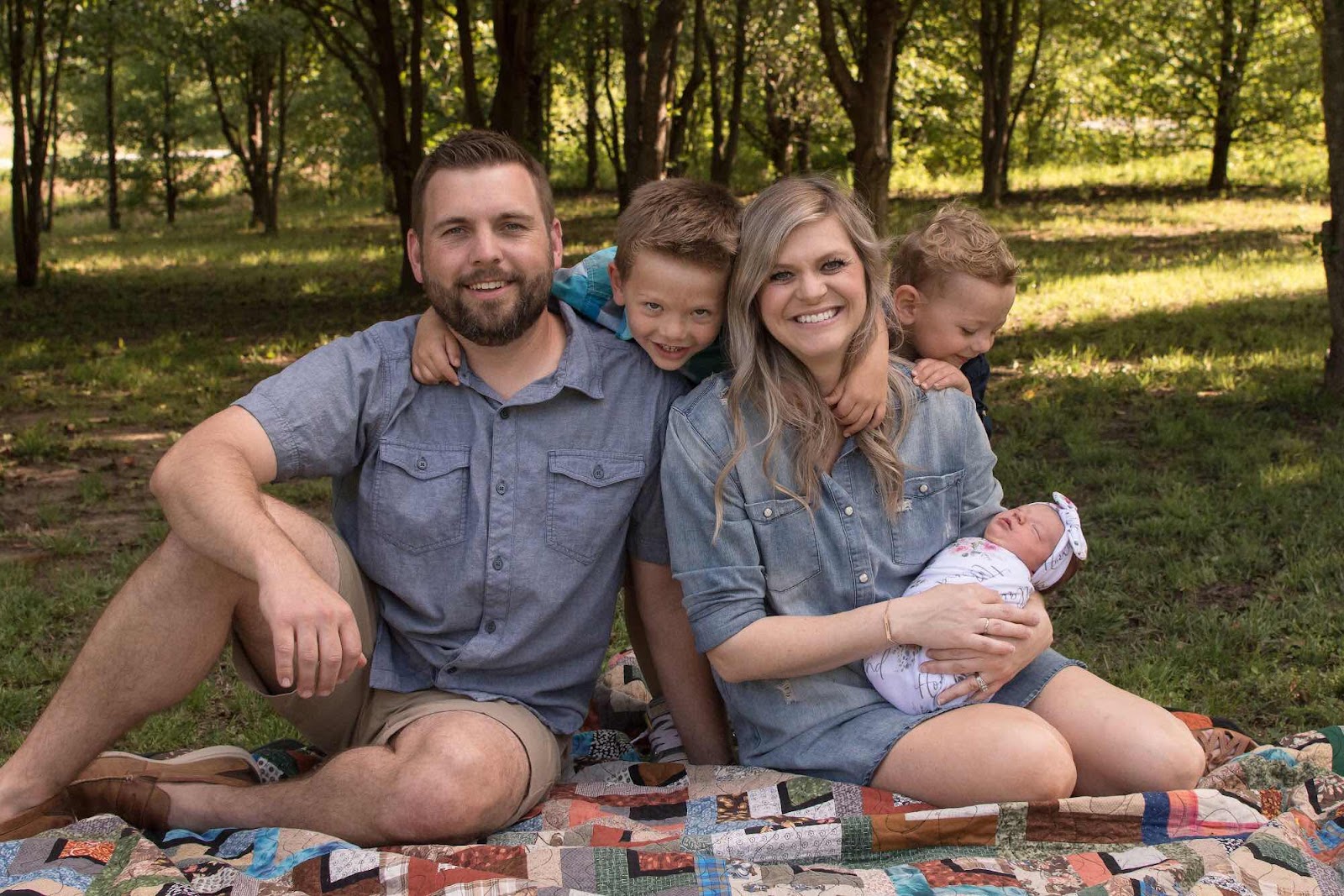 I guess Trevor and Holland will have a special bond and get to always celebrate their birthdays together!
In all seriousness, I don’t know what I’d do without this guy! He is the most amazing husband, dad, friend, son, leader! He is the hardest worker I know and he loves me unconditionally, even when I’m a little unreasonable! We love you so much Trevor! (Maybe he’ll read this one day! Haha!)
Posted by Trevor and Jillian at 4:13 AM