Gosh, this has been an exciting month with moving out of my in-laws and into our NEW HOME! As I remembered our date nights for the month, we were really chill in September. We were so on the go every other night of the week with moving and getting settled in, our date nights revolved around relaxing. So, here we go!

September 7th: We had been busy packing boxes and walking up and down stairs, we decided to have a relaxing date night. We watched Seinfeld while we gave each other back massages. You can never go wrong with back massages! ;)

September 14th: We officially moved in our home on the 9th and on the 11th we were supposed to get internet. We haven't had cable in a couple years because we just use our Apple TV, so that was our plan at this house too. But, that means we need internet. Well, the guy came out to install it and realized that we are more than 300 feet from a box, we are more like 1,000 feet from a box so we have to get permits from Wagoner County to have another box installed. This could take months! So, we thought we were doomed in the TV department. Well, some family members told us about an antenna thing you can buy and at least get a couple local channels. So, that's what we did. We bought this antenna from Amazon. For date night, we got it all hooked up and enjoyed a relaxing night on the couch watching who knows what. But seriously, I don't remember what we watched. It was just nice to sit and relax since we had been on the go so much since moving in.

September 21st: We actually moved to the 22nd because we both had things come up in our schedule. I totally think it's okay to change the day once in awhile as long as both people are on board and you have a date you both agree on to change it to.
We built our new coffee cup holder. We knew we wanted to build this in this specific location so we planned not to have upper cabinets or anything here. 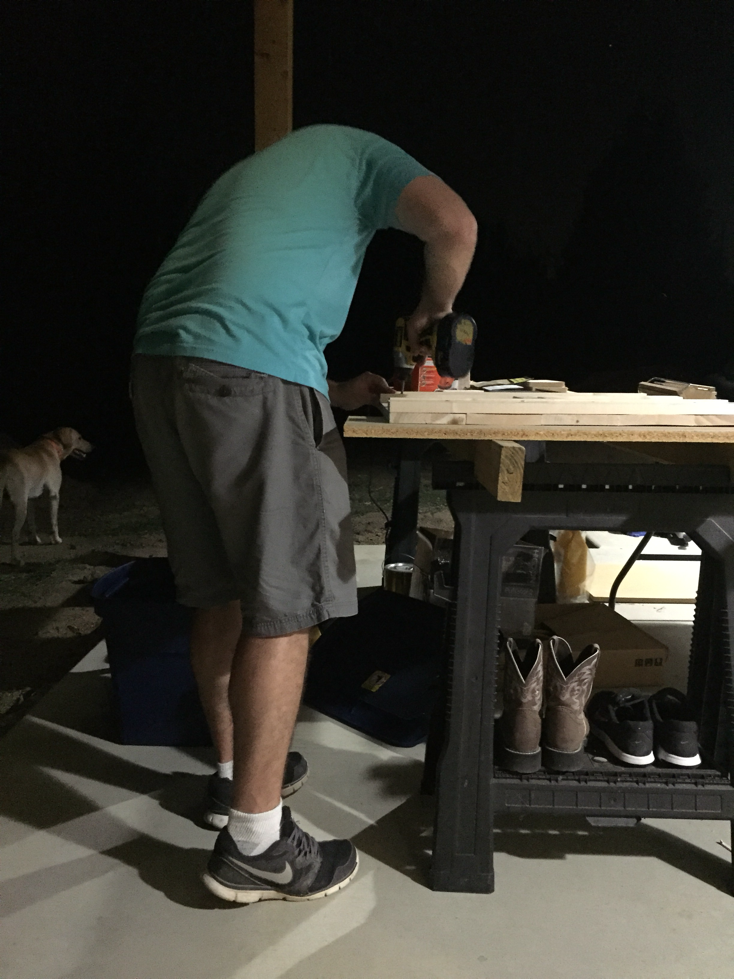 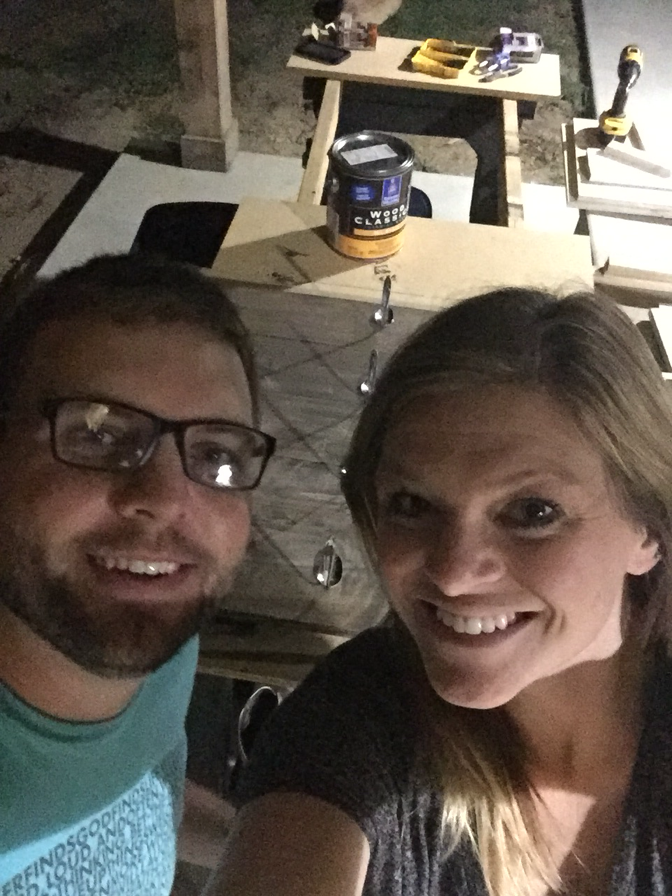 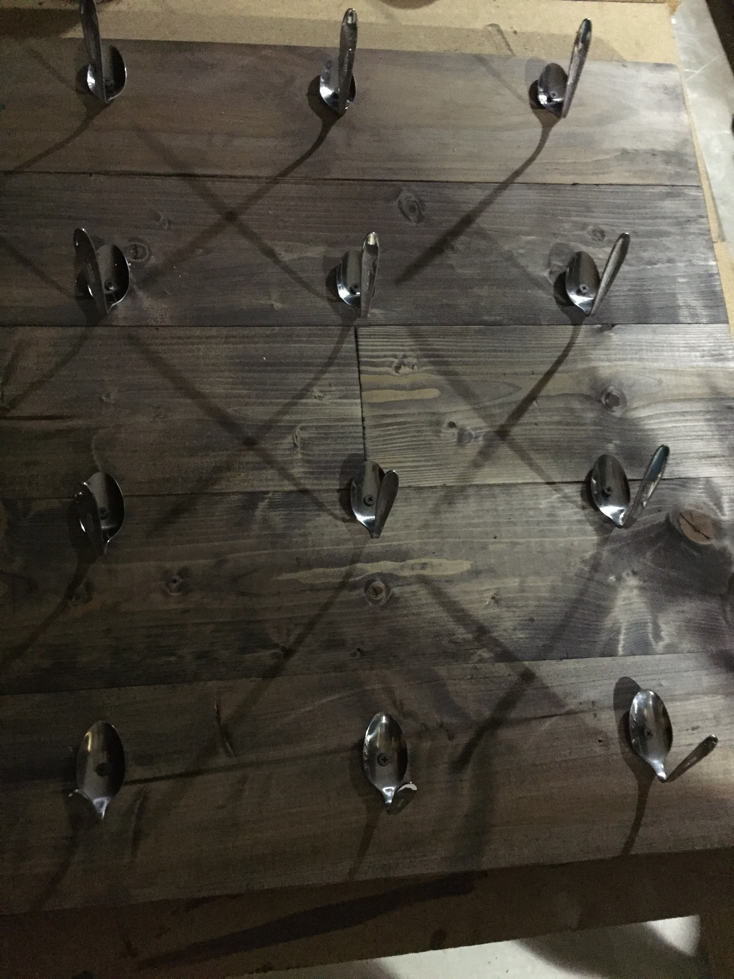 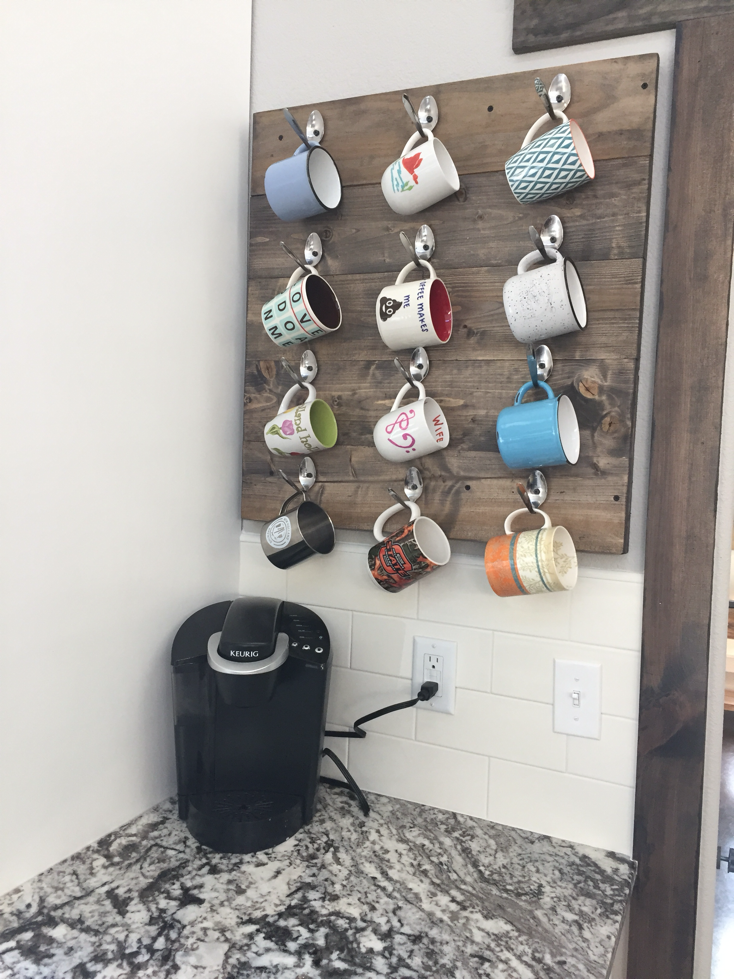 I absolutely love how it turned out! I do have to give a shout out to my friend Reagan and her awesome business Reagan Relics because that is who we got this idea from!! Thanks friend!

September 28th: We popped popcorn, ate ice cream, relaxed on our new couch while watching 50 First Dates. This is one of Trevor's favorite movies and a friend from church bought it for him. Thanks Alex!! We have probably seen this movie 50 times (see what I did there ;)) but, to be honest, I forgot about so many details. We had some good laughs for sure.

I am excited to see what October brings since we will be adding a new baby to the mix.

Posted by Trevor and Jillian at 9:54 AM