We had quite a few things going on in February, so several of these Date Nights were already planned before the month started.

The first weekend in February we went two-stepping for a friend's birthday. 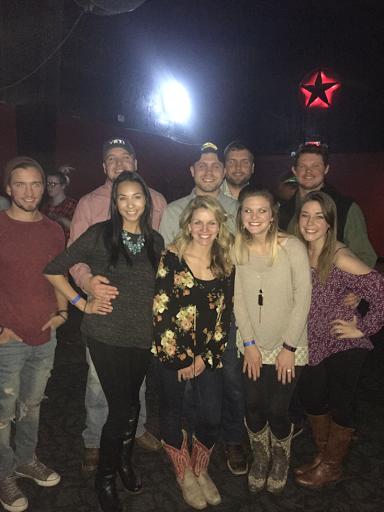 And we had a BA Chamber event that we went to. 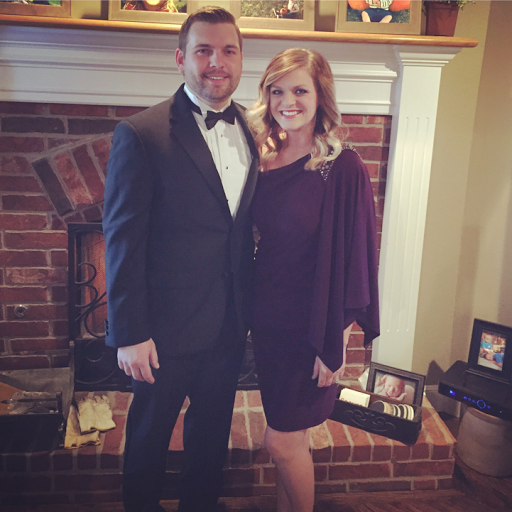 I blogged about both of those in the previous post (Fun Weekend). ;)

The second Thursday in February Trevor was in NOLA for my brother's bachelor party, so we just skipped that week.

The third week we had date day which also was our Valentine's Day celebration. We went to lunch at a restaurant that neither of us had been to before. It's called The French Hen and it was delicious! My parents watched baby so we could have an afternoon together. 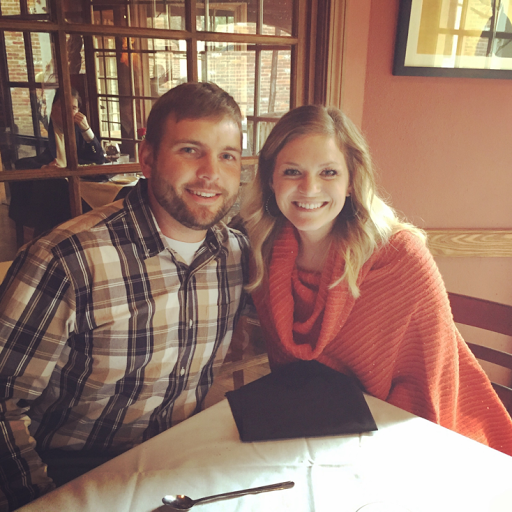 The fourth week in February Trevor took me to breakfast at Shiloh's, which has some delicious home cookin'! I don't have a picture of this one, but we just took Brooks with us because he is always super happy in the mornings.

Basically Trevor planned all of these so I'm going to have to step it up next month!

Happy Dating!!!
Posted by Trevor and Jillian at 3:35 PM