My child is accident prone and it's not so easy on this mama's heart!

The boys and I were having lunch together and Rhett was sitting on a barstool like normal. He started to hate his high chair and wanted to sit like a big boy just like brother. So, we had been letting him do that. I went to grab some wipes and when I turned around the barstool was in mid fall and I couldn't get there in time. When it fell over the first thing to hit was Rhett's head on the sharpest part of our trim! He was vomiting a little and blood was coming out of his mouth so I was definitely freaking out! He cried constantly for about an hour and a half. Nothing I did calmed him down and that is totally NOT like Rhett! He is tough and usually gets over most things quickly, but this felt different. Trevor rushed home so he could take us all to the ER. Rhett actually had another bruise on forehead from earlier that day, so that was fun explaining to the nurse and doctor about the TWO injuries on his head and then having to explain that we have been here twice before for head injuries!! The doctor ended up doing a CT scan because the indention was pretty large on the back of his head. Thankfully, everything came back fine and little man recovered perfectly! Man, this kid keeps me on my toes! Brooks has never been to the ER and Rhett has now gone 3 times!!! Brooks is my cautious kid which is more like my personality and Rhett totally has Trevor's personality in this regard.


We were on vacation most of this month so I don't have that many pictures to share, but here are a few of my favorites of Rhett on vacation! 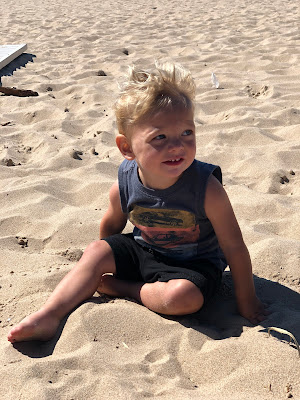 After vacation it was back to the daily grind! Haha! These two love helping me make breakfast or bake just about anything! 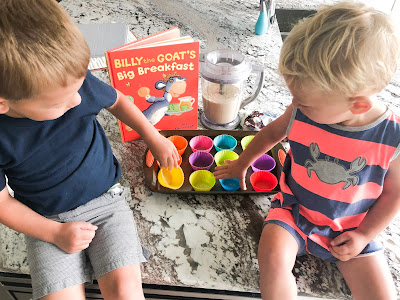 For those of you that don't know, Build a Bear offers a Birthday Bear and you only pay the price of your child during their birthday month! 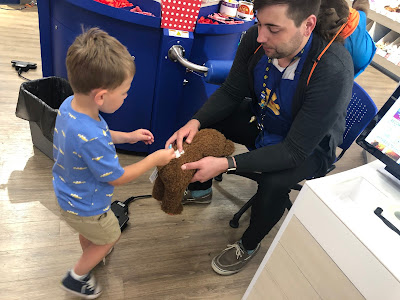 So I have to explain this next picture...I HATE BUGS! No matter the bug, if I can I will kill it! I think I have passed my fear on to my kids! HA! Rhett was totally fine and then he saw that grasshopper on the glass and FREAKED OUT!! I saw his happy go lucky face turn to shear panic in a matter of seconds! Poor guy! 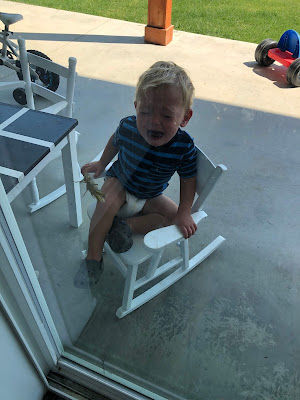 Brooks and I went on a date together last week! I dropped Rhett off with my parents and me and Brooks headed to the movies! We saw Toy Story 4 and he did amazing!! There were a couple times he got a little antsy (after his popcorn ran out, ha) that I asked if he wanted to leave but he told me he wanted to finish the movie. So we stayed until the end and he had a blast! He tells me about everyday that he LOVED the movies and the popcorn and the candy and he wants to go back! 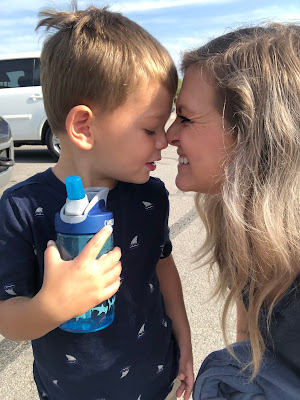 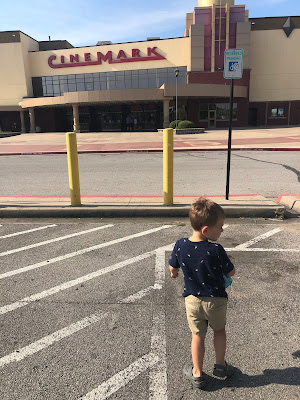 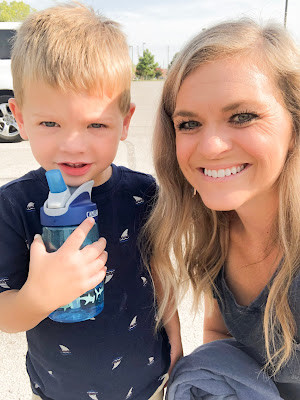 Overall, July was rough! HA! We had two WONDERFUL vacations, but the in-between time was tough. I was sick the two weeks between Branson and Michigan, I was also swamped with work, Rhett had his terrible fall which made me not sleep so well for a few nights because I wanted to check on him, etc. So I was happy to welcome August! And now August is half over! The boys are at such a fun age right now...sometimes challenging, but they are actually playing nicely together and we have some really sweet moments daily! We also have some crazy tantrums and LOTS of talks about sharing! HA! I can't believe my littlest is almost 2! Oh and I finally got those pictures that I've been so behind on! 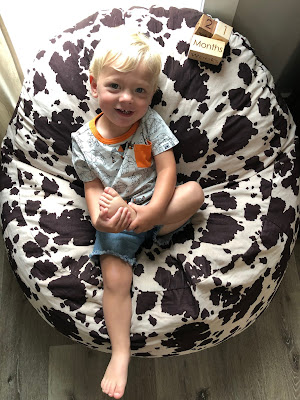 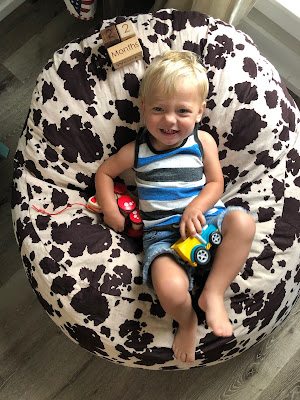 Posted by Trevor and Jillian at 7:50 PM